Sorry to have been gone so long. It seemed like after a day at work either ducking not-so-good situations or just being totally worn out from trying to be upbeat, I had no words left. Well, that's not true. But they weren't words worth reading :-)

While I was gone I had a birthday. I always enjoy my birthday. For one thing, it means that I'm alive and the $#*&%^ didn't get me yet. For another thing, I'm one year closer to Medicare and I'll be ever so glad when it gets here because hopefully then I can become unemployed. Maybe I'll starve, who knows. But I'm ready for a nice change in life.

I spent part of that day at the lake taking pictures and enjoying the solitude of a quiet Sunday morning that was sunny and relatively warm. And just taking some time without a lot of distractions. 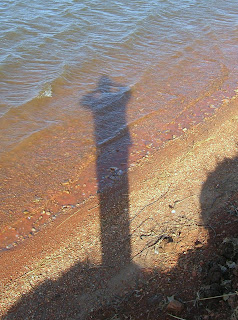 I've done some knitting. Hershey helped me knit a scarf and we even finished it. Yummy, warm and soft. 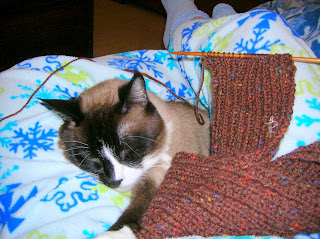 Yarn: Valley Yarns Williamstown from Webs
Pattern: Ummm it was in one of those knitting a day calendars. Really easy. One side is K3, P3. The reverse is K1, P1. And it looks the same on both sides oddly enough. I do wonder how people come up with these stitch patterns. 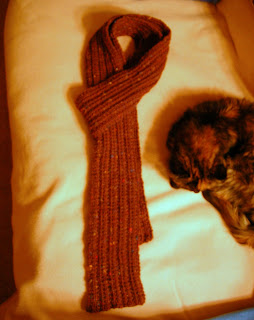 There are some socks on the needles. I call them Monday socks. There have been a series of meetings on Mondays and I take them with me. Last Monday I got a bye on the meeting but I kept to the plan and turned a heel and did the gusset on one of them. I think the yarn is from Knitpicks. I know I've had it for a long time. 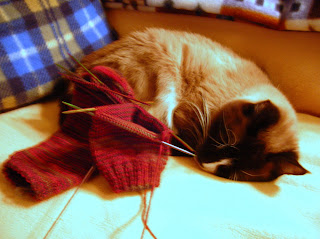 I made a winter kitchen curtain. The LQS was having their grand opening after moving, and after standing in line at one of 3 cutting tables for what seemed like hours(people were buying hundreds of dollars worth of fabric!), I came away with a piece of batik with snowflakes in it. It makes me smile. 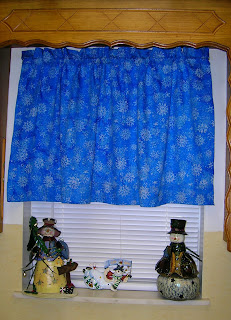 And there was also a sale on fleece at Hancocks so I now have new shams for the loveseat pillows as well as a piece of light camel colored fleece to act as a sort of slipcover, and a piece that turned into a large throw. Lots of snuggles on that now. 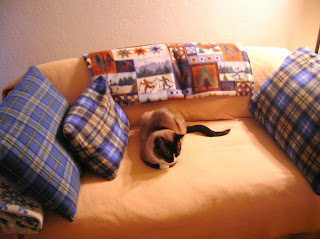 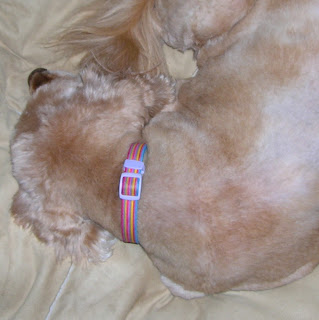 And now, I'm a little chilly. So I think it's time to go grab that fleecy throw and knit on a mitten. Hope you're warm and snuggly where you are and that life is treating you well.
Posted by Susan at 4:29 PM 7 comments: